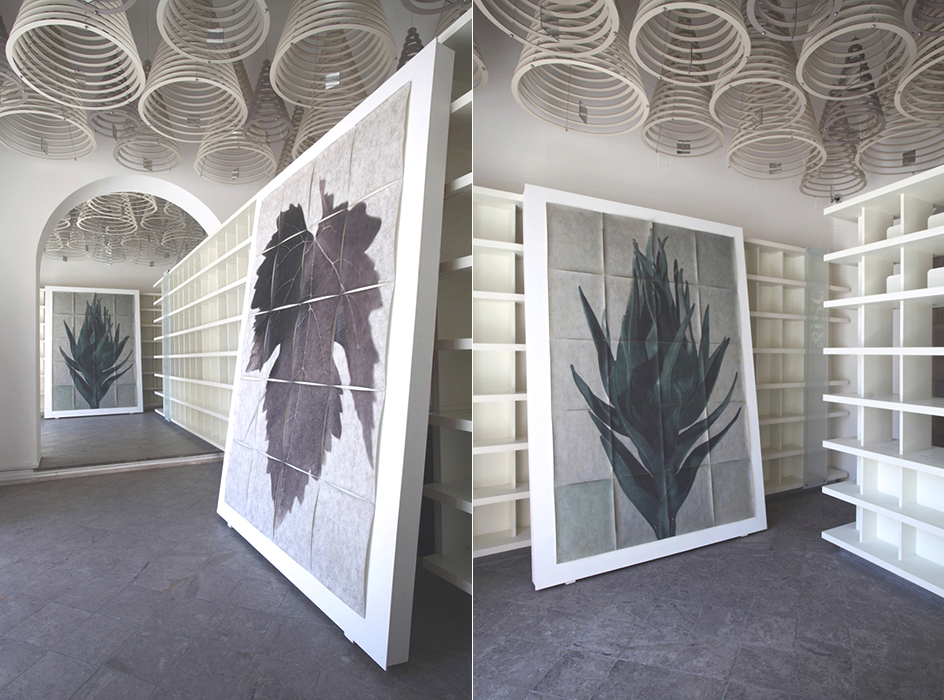 In the year of the Expo in Milan whose subject is “Nutrire il Pianeta” (Feeding the Planet), Richard Long’s lesson seems still necessary and relevant. Thus an exhibition inspired by Long’s famous walking tour made in 1997 in Sicily, from Palermo to Agrigento pays tribute to one of the most nowadays influential artists. His coherent and respectful approach regarding the nature should serve as a severe warning. The title of “A Sicilian Walk” exhibitions has been drawn from a Long’s text-work, which can be found in the collection of the Riso Musem (Riso, Museo d’Arte Contemporanea della Sicilia) in Palermo: for the first time, will be exposed in the Agrigento “Parco Archeologico e Paesaggistico della Valle dei Templi”. This text-work paper is the documentation of a tree days walk from the Northern to the Southern Sicily, from Palermo to Agrigento Piana degli Albanesi, Corleone, Prizzi, Bivona, Cianciana, the Platani river and finally the Greek temples of Agrigento are the spots of this contemporary epigraph. Richard Long captures them by writing, measuring the Sicilian landscape throug time (3 days) and space (111 miles).
The relationship between Sicily and the travelling artists has always been long-lasting and charming. Richard Long has undertaken his explorations, received and trasferring the aesthetic solicitations of the natural landscape into artworks. His spirit is not far from that of the Grand Tour which over the XVII century brought in Sicily a multitude of academics, scientists and, above all, artists, on the wake of the excavations of Ercolano and Pompei. Among these: the French painter Jean Houel, the draughtsman Richard de Saint-Non, editor of the Voyage Pittoresque written by Dominique Vivant Denon, Wolfgang Goethe with his work Italianische Reise, Richard Wagner, Auguste Renoir, and more recently Joseph Beuys.
“A Sicilian Walk” is a multi-site exhibition spread over five locations in four different towns: Palermo, Gibellina (Trapani), Castel di Tusa (Messina), Agrigento. It was conceived as an invitation to start walking to discover the various souls of the Sicilian landscape and that controversial but vital relationship linking man to the nature, with all the relevant ecological issues. 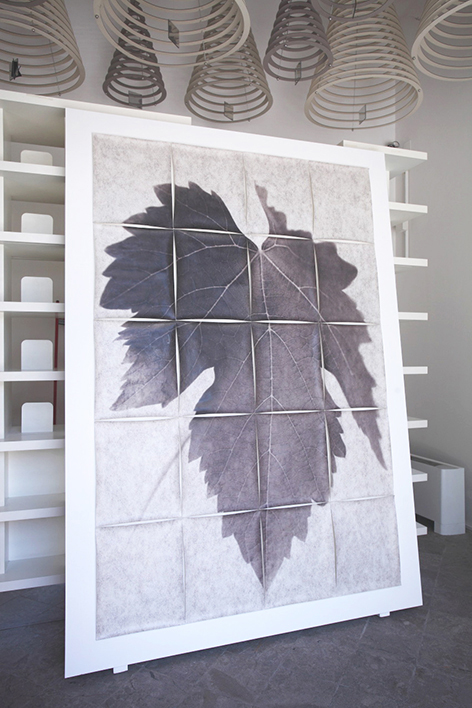 The filter – thoughout several and important art sites promoting the Sicilian contemporary art – Museo Riso, Fondazione Orestiadi, Fondazione Fiumara d’Arte, Fabbriche Chiaramontane e Parco della Valle dei Templi – is constituted by the eye of following artists: Giuseppe Adamo, Filippo Leonardi, Alessandro Librio, Sebastiano Mortellaro, Nuovo Cinema Casalingo, Giacomo Rizzo e Sergio Zavattieri. They are all Sicilians and young or very young and their artworks stand out for rigorous research and poetic intensity often focused on the relationship man-nature. Most them are included in the S.A.C.S. Archive of the “Museo Riso”. The outcome is a non-conventional picture of the Sicilian contemporary visual culture, trying to identify global connections between the single artistic personalities.
Tracking Richard Long means to dispel the danger of a nature romantically represented, of a sentimental trasfiguration or a spectacular seduction. An anti-rhetorical and innovatively poetical view joins the exhibiting artists. In semplicity and rigourousness, as well as in a minimal and critic use of the technological medium, it founds an interpretation key of our time.

Vitis Vinifera and Cynara Cardunculus II belong to the cycle Botanica, conceived as a tribute to karl Blossfeldt who was, at the beginning of the XX century, author of a photographic catalogue of the major botanic species existing in Europe. His aim wal to illustrate the phyto-morphology iconography contained in the Art Nouveau to his students.
The enlarged botanic details of Karl Blossfeldt’s photographs place their exquisite aesthetic quality before the bare scientific evidence. The result is to approach the natural science world with its cataloguing feature to the artistic world.
Playing with all kinds of photography, Sergio Zavattieri builds up a personal inventory of botanic species artificially made by the consumerist industry with an identical tenacity. He keeps the algid style of early XX century scientific classification and, through an ageing post-production technique, shifts the toned black and white images of fabric or plastic leaves and flowers to the time of Blossfeldt. However, this optical deception is revealed by the enormous photographic installation and the extremely analytical and inquiring scrutiny which beyond a perceivable lyricism lingers among the details and wonders about the enigmatic aspects. The result is a new botanic catalogue on synthetic species, an unnatural and ironic classification declaring the relationship between the nature and the society of consumption. The flower and plants ephemeral beauty, whose charm is quite often recalled in the naturalistic photography, is frozen here and pretends to be an elegant and ever incorruptible presence. It is a way to load the observer to think about the deceiving feature of the beloved camera of the artist.

Sergio Zavattieri was born in 1970 in Palermo, where he lives and works. He has studied photography in Italy at the Accademia di Belle Arti di Palermo, and in Spain at the Universidad Politecnica de Valencia. His artworks have been exhibited in several solo and group exhibitions in Italy, Finland, Germany, Spain and in the U.S.A.
His most recent works have explored the dynamic of the mystification and the way the reality changes – before becoming an information – by filtering and creating a personal aesthetical unreality.
The speculation about the camera and the photography’s history are often the inspirational reason giving way to his artworks played with the ambiguity, through an “archeology of our time” rich of cross references and suggestions.
In 2009 he joined the S.A.C.S. Archive of the “Riso, Museo d’Arte Contemporanea della Sicilia”.