The research of a possible truth, perhaps made of little deceits and skillful mis-en-scenes: 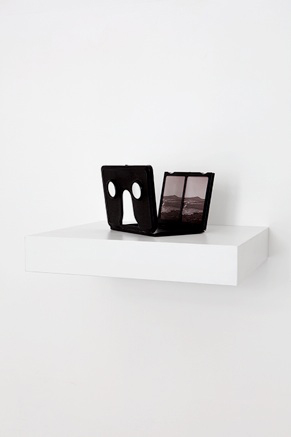 this is the focus of the works by Sergio Zavattieri, an artist from Palermo that leverages  photography as a way to observe and tell the contemporary world and its continuous contradictions. The exhibition introduced by NOPX is an anthology of the artist’s works: from the most recent “1926” to “Unidentified Flying Objects”, from “Botanica” to “Eye of the Islanders”, the central theme in all of the artist’s works is always ambiguity, and the subtle boundary between what is true and what is plausible. Sergio Zavattieri has always been dealing with the origin of photography, used as a testimony, a catalogue, a tale of all the forms of the visible and of the existing, and with the technique and the aesthetics of vintage pictures; he steals the techniques and the methods of the art before him and interprets them with a contemporary taste, putting up a representation of reality. In “1926” the aesthetic perfection and the obsessive attention for technical detail allow the artist to turn common objects or parts of contemporary buildings into perfect shapes, into nostalgic documents emerging who knows how from an uncared-for archive. In “Botanica” the artist accurately reproduces a 19th century herbal using plastic flowers and vegetables 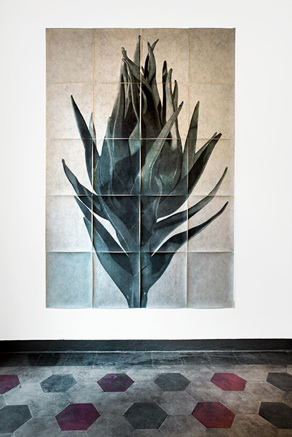 that will never show their artificial nature, in any circumstance; the noise and the vintage filters of the “Unidentified Flying Objects” series make the viewers think they are watching photos shot at different times, by different photographers, using varied techniques and materials. “Eye of the Islanders” leverages the ancient technique of stereoscopy to create the illusion of the third dimension: the choice of the portrayed landscape is not fortuitous – Isola delle Femmine (literally “The Women’s Island”), a place with an ambiguous name and a mysterious story, seen by the artist as a sort of last bulwark greeting the travelers coming to Sicily or leaving the region. Photography as information, as a neutral testimony that tells the truth, but always with a basic doubt, generated by the skillful fictional play set up by Zavattieri, bringing the discussion to another level and bestowing a literary, dramatic, maybe philosophical dimension to it. In the absolute respect of formal rules Zavattieri breaks the pact with the viewers, creating an unreal, but absolutely plausible universe whose perfect beauty is able to fascinate and hypnotize: this ambiguity makes his work destabilizing and charming, on the thin thread separating the homage to original art from a divertissement. Zavattieri turns the accuracy of his technique, the perfect compliance with the formal rules of a precisely codified aesthetic language, the use of traditional print, that collective imagination would immediately relate with a specific age, into unusual tricks to confuse the people’s vision: not explicitly false pictures, nor artificial or saturated colors, not even provocations like the one of “Ceci n’est pas un pipe”, which immediately unveil the artistic process. Within Zavattieri’s work the respect of rules is the way to subvert the rule itself: with a subtle, underground rebellion act, the artist invalidates the rules to throw the viewers and their vision into crisis. All of Zavattieri’s pictures generate a doubt: every single image is realistic, technically perfect, perfectly compliant with predetermined aesthetic rules, absolutely true and, at the same time, everything is unnatural, fake, a representation of reality. But what is the truth? Of which reality are we talking about? Since establishing what this elusive reality truly is becomes impossible, Zavattieri offers his alternative – plausible, even credible, but just one of its possible versions.