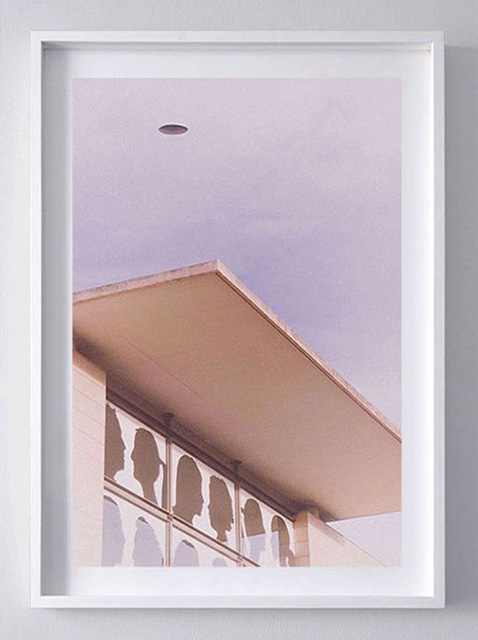 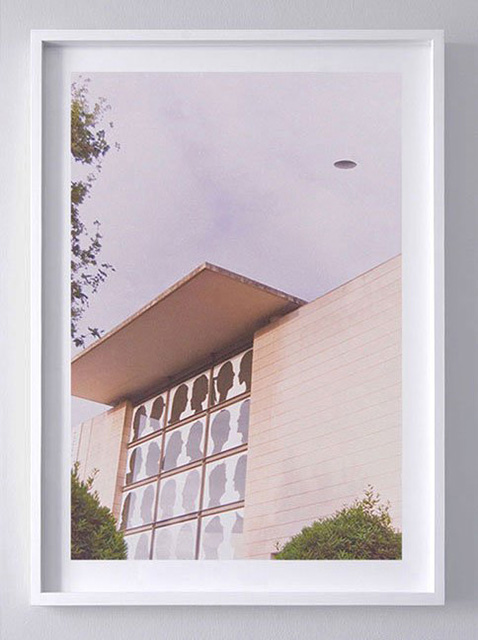 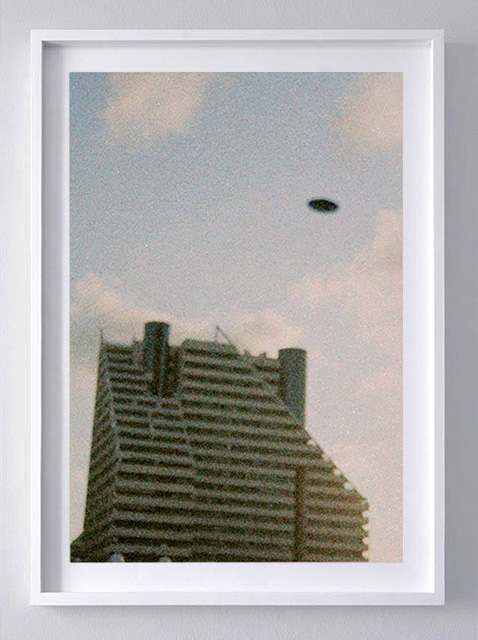 ‘We are the first civilization able to allow itself “to believe to its eyes” by its technological tools. It was the first to establish a level of reliability and equality between what is visible, what is real and what is plausible. The others civilizations claim, as we do up to a recent past, the picture stop us seeing. Now the picture becomes true like a proof. What we could represent is refutable too.’

How could we address the spectator’s attention to watch a photo? Maybe distracting him from thinking on it? Or keeping him away from the picture and his visual experience?
These are questions I always wonder observing Sergio Zavattieri’s works.
In them we can found the image as an out of focus container, the painted and meditative artificial Botany, the eternal gardens simulations responding to a very careful optic illusion, the undefined sky objects. There is  one author persistence and his daily simulacrum.
In his first personal exhibition, South & North, it is presented the installation with the title A Modern Myth of Things Seen in the Skies. It is a fleeting peripheral view world with UFO as metaphors and symbols.
An object in its egg-shaped form is remembering us the human eye, its original essence gives sense and place to the exhibition title, to a literary and fiction world; definitively to its existence.
It is a sky door preparing us to believe we are observed by others.
In order to evoke the memory of the cinema of the ’50s, we see these beings and invaders apparitions with colonial attitudes closer to the historical attitude of the planet’s inhabitants. They are not able to live together with differences and others. It is a rapid and controversial view of the collective perception.
Through the Sergio’s work we can go toward an other perceptive experience. It is higher than we believe to see. His tool to give us signals and to guide us to the theme is just his camera. The content is very closed to it and it is combined with the format, the support and the finishes. So we can find photography and truth, the simulacrum and the scene, collective nearness nourished and re-nourished by ads and cinema playing with collective imaginary. And the spectator is like an ousted reality interpreter. In order to give visibility to the representations’ standard codes organizing the social imaginary, we see pictures reproducing the media models of documentary photography. They also are kept away from the original context.
The photography realism is not a quality connected to it, but it is just a cultural idea. The things possessing  the social imaginary favourite characteristics are just perceived as realistic.
Sergio Zavattieri discovers the codes arbitrariness as a document’s simulacrum, or a proof. It is a possible reality demonstrating the existence of what is represented.
Traditionally the photography ontology is matched with reality witness. Zavattieri shows the icons surrounding us. They have an enclosing intentionality due to the context in which they are inscribed or through which we understand the sense or the importance. Indeed, he uses affecting factors to reliability such as the shots amateur character.
His picture power and his critic on the massive use of the cultural industry is based on a condition of low technique knowledge. So He merges the cultural industry in the collective imaginary.
The lack of details shows the artificiality of the picture immediately, suggesting a ’70 or ’80 shots memory when the pictured were taken by Instamatic (a Kodak product), and when all the people could become photographers. So the author challenges the spectator’s view and his false obviousness. The pictures precariousness gives a unique point of view where reality and fantasy coexist in a symbiotic and friendly way.
So we can see photography and truth, proving a reality or recreating it. We could state that it is just a sky or our horizon tableau vivant…
Sergio plays in focusing the photo media’s documentary character. Usually we think on photography as a fiction presented as a truth. But this is only a manipulated part, or a sector in which roots the lie. However into this consideration, the artist’s work starts instinctively and lies because its nature can’t do otherwise. What is important is not the inevitability of the lie, but is the ethic orientation and the way it is used. As J. Fontcuberta says: “The good photographer is that who imposes a lie, lying a truth well.”