Eye of the Islanders

Eye of the Islanders is the first of a series of artworks that leverage stereoscopic photography for giving the illusion of the third dimension.
It shows a picture shot in Isola delle Femmine, a place located in the surroundings of Palermo (Italy). None of the existing hypothesis on the origin of this site’s name (literally meaning “the women’s island”) has ever been confirmed: from my point of view, the island is a sort of watching eye, or a door that welcomes or says goodbye to the Sicilians and, generally speaking, to the travellers passing through Sicily.
The picture is embedded into a pocket viewer produced around the end of the 1930s, placed on a lacquered MDF base: by grabbing the viewer and watching the picture through the lenses, one can enjoy the vision of a fake third dimension. 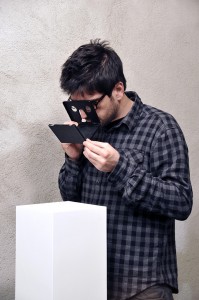 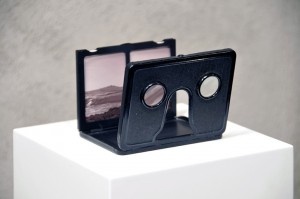 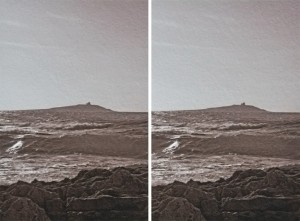