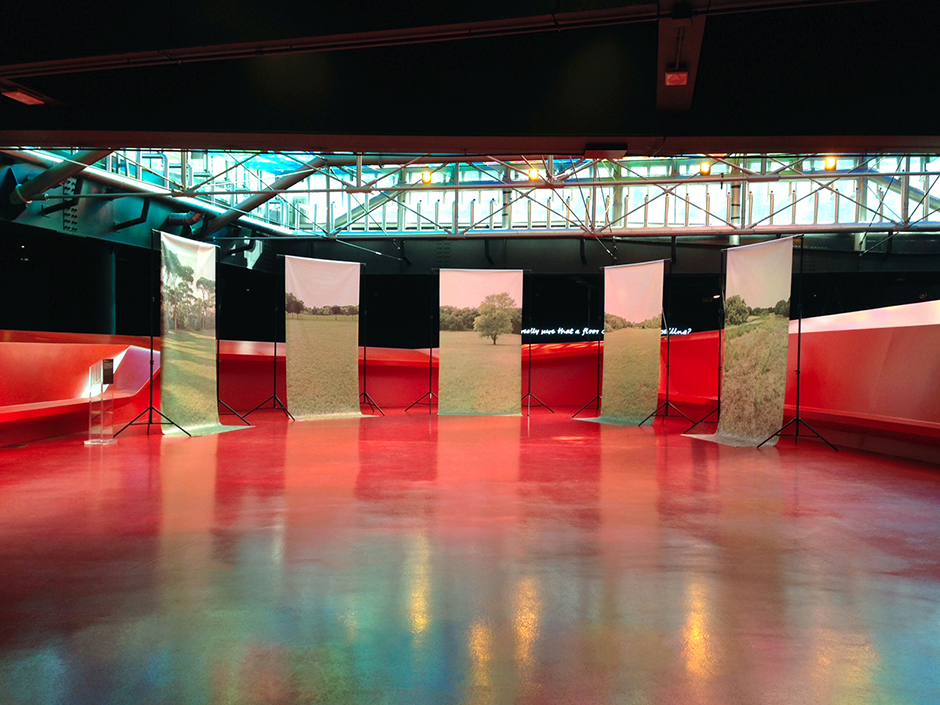 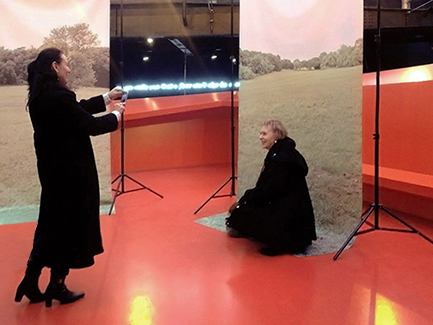 during by S.A.C.S., the agency for Contemporary Art in Sicily, created along with Riso Museum in 2008 with the function of promoting and internationalizing the young art scene in Sicily. Having been chosen from the open session by the Scientific Committee of S.A.C.S. along with Bartolomeo Pietromarchi and Marco Delogu, Zavattieri spent a month studying in Rome, creating an ad hoc piece for the Festival, the From the Background to the Foreground series, that goes beyomd the classical dimensions of photographs, which are intended as a two-dimensional surface, to explore spatial and worked dimensions. In a note about his project, the artist writes the following: “If I think of images that give me a sense of quiet, avoidance or absence from reality, I canot help but remember some scenes from the film ‘Blow-Up’ by Michelangelo Antonioni. In particular, the scenes shot in the park: lots of greenery, trees and only the sound of wind on the leaves to broken the silence. I began from this, aiming to give shape to some glimpses into the ‘vertical’ in the Roman countryside, mounting them on expandable stands, with a suggestion that recalls the history of photography: in the second half of the 19th-century, the photographic portrait in studio was nearly always taken using a background of hand-painted fabric, which often represented a recognizable pastoral landscape that was both silent and timeless.”
So, starting from the theme of theme of the Festival, or the concept of vacatio, Zavattieri devel-oped a project full of sugestions of yester-year, bringing the viewer into suspended, charming and often melancholic 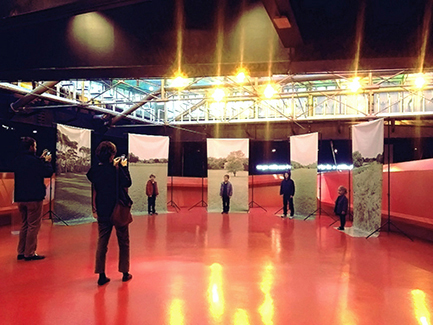