From the background to the foreground
2013

Truth exists, only falsehood has to be invented.
George Braque, Thoughts on art

I don’t believe in documentary objectiveness: reporting a fact presupposes an intellectual recreation. My work is influenced by Dadaism, by Situationism and by countercultures in general, but it is also characterised by a method entailing extreme care for visual aesthetics and for the techniques of production in order to trigger a perceptive and emotional impact.

As a student, I used to constantly and almost obsessively search for information on the history of photography, and I’ve kept updating myself on the most recent experimental trends: on the other hand, I researched and studied authors capable of putting the technique aside in order to engage the audience mostly from an emotional point of view. Photography has always been a perfect tool for propaganda, and it still is, even though everyone is now capable of making digital pictures and in many cases also of editing them with dedicated softwares: it still is able to deceitfully mislead even the most expert eyes, at least for the time needed to instill a doubt – a doubt that actually lingers, finely, even after the scenic illusion has been spoiled. My recent works could be defined a “vaccine for photography”: my intention is to propose a reflection through a series of examples which affect us closely (topics from the contemporary society or from the history of photography and its evolution itself), by creating metaphores and evoquing romantic and perhaps ironic atmospheres.

If I think of pictures transmitting a sense of calm, escapism or absence from reality, I can’t help but remember some framings from the movie “Blow-Up” by Michelangelo Antonioni: I refer, in this case, to the scenes filmed at the park – green, trees and nothing more, just the sound of the wind on leafy branches to break the silence. I happened to feel a sensation similarly to the one experienced during the view also in “live” situations, and in other parks – not in Maryon Park, I’ve never been there – but never with the same intensity.

In some cases, people retrace though their personal knowledge and experience pictures our sounds that express the same feelings of the places and the moments in which they were captured, but isolating them from their context, thus robbing them of their sense. If void creates suspense, then we can claim that any reproduced image will represent this void. In the second half of 1800 the photographic portrait shot in studio was usually made using a hand-painted fabric background, often representing a recognizable bucolic landscape, silent and out of time. 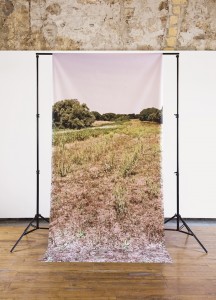 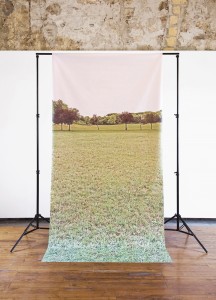 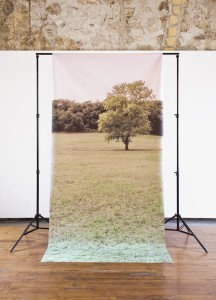 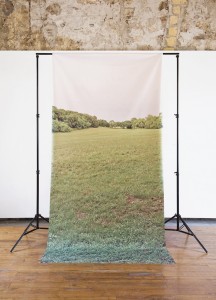 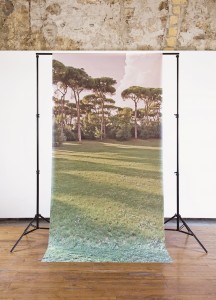