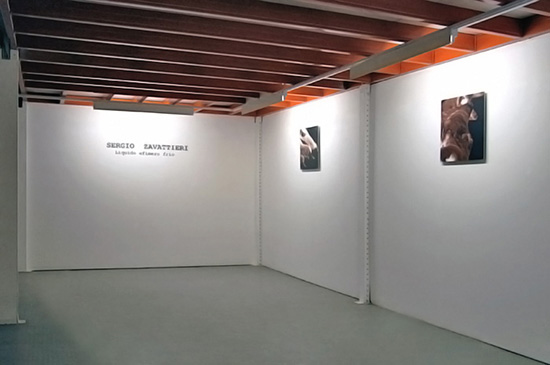 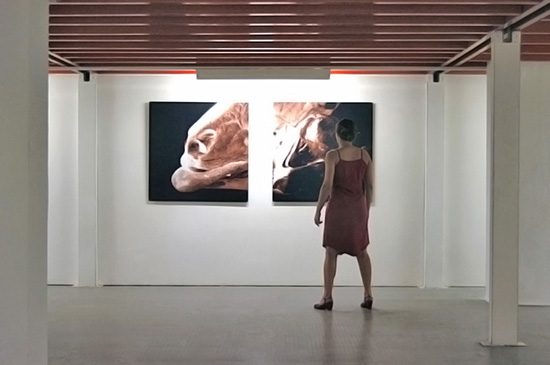 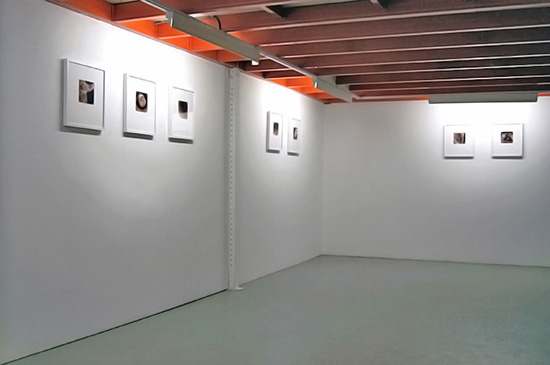 The act of transposing an object onto a motionless surface, turning it into an image, and making it into an emblem floating on an unfolding plane: this generative deflection is how we could interpret the clinical, chemical and cynical art of photography. It involves using an eye that, through the use of distortion, both outlines and destroys, daring to employ the acrobatic art of recomposition.
The images of Sergio Zavattieri remain steady and steely, sustained by a bright elegance that is resolute and sharp. This elegance does not leave space for errors. There are no uncertainties or imperfections. Any excess condenses into a stable form without looking for ways of escape. Life is simply there, delivered, expounded and revealed. The elements are spread over a single plane composed of many subtle layers; their strength is in pulsating without exploding, in presenting themselves in such a way that there is no waste. Their energy is contained within an emblem. The eye of the lens takes these segments and fixes them in a way to reach the limits of beauty and go beyond them, yet at the same time remaining within the realms of beauty. Nothing is left inside; all the horror is on the surface.
The Last Meal is the story of a derobing, an essential iniquity which becomes poetry.
Poetry can be brutal, in a similar way to the need to stay alive. The remains of the final demise reach down beneath the skin, right to the bone. All the other remains combine to conjure up the flesh, yet the flesh is still living, rich and vibrant, whilst not really standing out amongst the pile of remains. This flesh disappears just at the point when there is even more of a primal, insatiable need for it.
The calm violence of these images is a slow-moving flood. However, the many pauses and sharp contrasts never cause exasperation. In certain areas the light is blinding; elsewhere there are deep and dark corners that should be scrutinised like a cave-explorer looks for a way out or for a depth that is seemingly (im)possible to reach. The last glance is of the extreme depths.
All the violence is epitomised by that harsh-sounding word: last. Suspending words and meaning, as if staring death in the face, afterwards there can be no question that is hanging in the balance. The images are still lifes in the last stages, kept alive by a glance that scours the edges, voids, false bottoms and invisible cavities.
From this accumulation of pristine remains and modified by technological distortions, the pitiful foreground emerges, returning to its former clarity. Whilst changing the images, Zavattieri’s digital processing techniques do not distort them, but almost disappear into the shadows. The flesh is not diminished behind this ostentatious, fortified artificiality. Within his craft there is an even deeper craftiness; it appears almost as if the bestial anatomy of the plant membranes were suspended between the coldness of the image and the consistency of the senses.
A patina the colour of ash envelops the naked bodies; these bare-boned corporeal extracts with eyes wide open have fleshy surfaces and wrinkled skin. The grey patina becomes discoloured and soiled as a result of the passing of the particular form of time that swallows things up, chews them, spits them out, then reduces them to ghosts or memories.
The Last Meal is cold and sharp like a nostalgic wind or a past injury that has been suffered. It is cruel yet chilly, composed, solid, and even chic. It is also frightful. There are no throwbacks to splatter film aesthetics, to misdirecting angles, to artificial blood, or to insatiable rage. Instead, by using highly composed penetrative techniques, the specimen is celebrated, reinvigorated and brought back to life. This is archaeology of luminous bodies that have undergone the passage of progressive time: the anatomy is sharp, like the dissection of artificial corpses; or like the scientific cataloguing of rare fossils or extraordinary creatures, born out of laboratory experiments and displayed for all to see on the shelves of an imaginary, inaccessible museum.
This unusual story can be drama or fiction for the few daring spectators who are able to look at and endure that last, definitive pose.